THE new series phenomenon for mobile where YOU are part of the story!
Fans of Mystery and Thriller Games, take note: This is a story that will grab you and never let you go! Set out on an enthralling adventure and piece together how the apocalypse unfolded!

You receive a message from the last survivor of the apocalypse. 🧟 At least, David thinks he’s the last survivor. But then, finally, his desperate calls for help are answered: by you! His fate rests in your hands now!

😱 Realistic & Exhilarating – Chat with “real” people in the Messenger.
🤔 Make Decisions – In Story Games, you decide how the adventure unfolds!
🤫 Be careful! – Who can you really trust?

Like interactive games? How about a whole series?
Brand new episodes are released every month. Take on the lead role in this interactive Mystery Thriller!

🎁 Free: You choose whether you want to help fund the project!
⭐️ Ad-free: Enjoy the entire Thriller without interruptions from the first episode to the last.
🇬🇧🇺🇸 English: Play through the entire original story in English!
🎮 No annoying Minigames: With us, it’s all about the excitement of the story!
😽 Outstanding Support: We’re always here for you!

STORY
The mysterious SH311 has turned the world into a hostile place. Bloodthirsty zombies roam the streets. 🧟 Civilization as we know is close to collapse. After seven months of isolation, David has nearly used up his supply of instant ramen and pudding cups. Soon it will be time to leave the safety of the apartment and embark on an exciting adventure! His one remaining hope is the rumors of a colony of survivors. What does the stranger on the street know about it? And can they even be trusted?

🤓 📖 Interactive Story – This Text Adventure uses your imagination to tell its captivating and gripping story: like an interactive book.
😲 🎬 Cinematic Storytelling – Authentic characters, a rich story universe and tense cliffhangers make this Chat Game one of the best of its kind, according to many of its fans.
🤩 📺 Series with over 7 Episodes – Brand new episodes are released every month. 7 Episodes with more than 15 days of game time have already been released. Plus, bonus content is released every week.

🏆 From the team that brought you the indie hit “The Parallax”: We’ve spruced up our Text Adventure for 2021. And our interactive series now has a new name. Discover the original today, with expansions that continue to push the boundaries of the Chat Game genre! A VOID SOCIETY remains a truly Indie Game!

Join in the fun now! – Discover what it is that has captured the hearts thousands of loyal fans!

🤫 Spoiler Alert: What happens in Season 3?
In Season 3 (starting April 2021), the Group have to finally solve the puzzle of their missing friend. Without knowing it, they have stumbled onto the trail of an unsolved crime. Can you help them play detective? Time is running out! With every decision made, this Crime Thriller comes closer to one of several different endings.

Like Chat Games? 👉 Then A VOID SOCIETY is the perfect Mystery & Sci Fi adventure for you.

🧳 Even more content:
Our App has not one but two Interactive Story series: The latest episode of the Spin-Off series, Episode 7, sees our lovable 👾 gamer clique continue their adventure. They may love gruesome games but they certainly never counted on experiencing such an authentic Horror Chat Game in real life. To be continued.

Got questions about the game or want us to publish your Fan Fiction? Write to us at [email protected]! (We’ll also help you transfer your progress from The Parallax)
In version 3.4 it’s now easier than ever to access new content and upcoming episodes. 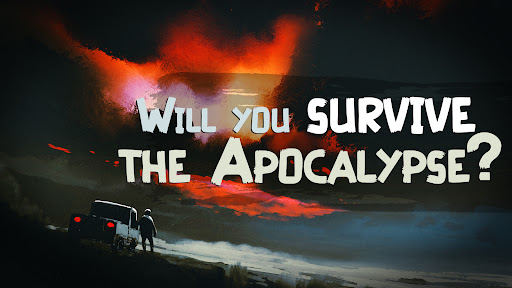 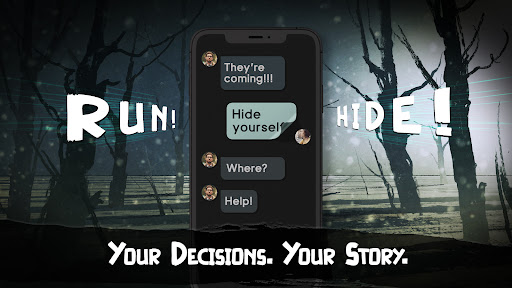 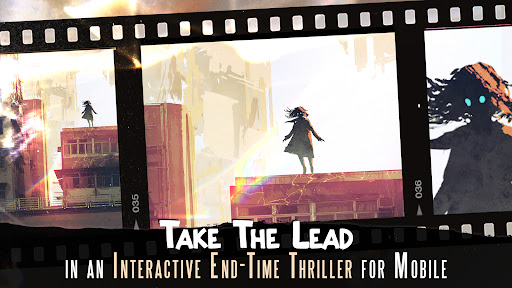 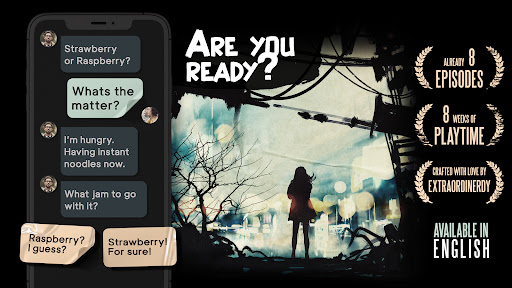 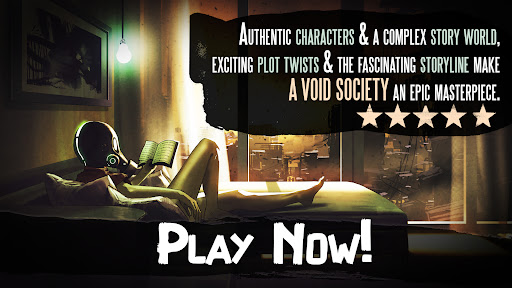